DAO - the Future of Work

With each passing year, the number of use cases for blockchain technology grows. The Decentralized Autonomous Organization (DAO) is one of the most exciting and potentially game-changing use cases. 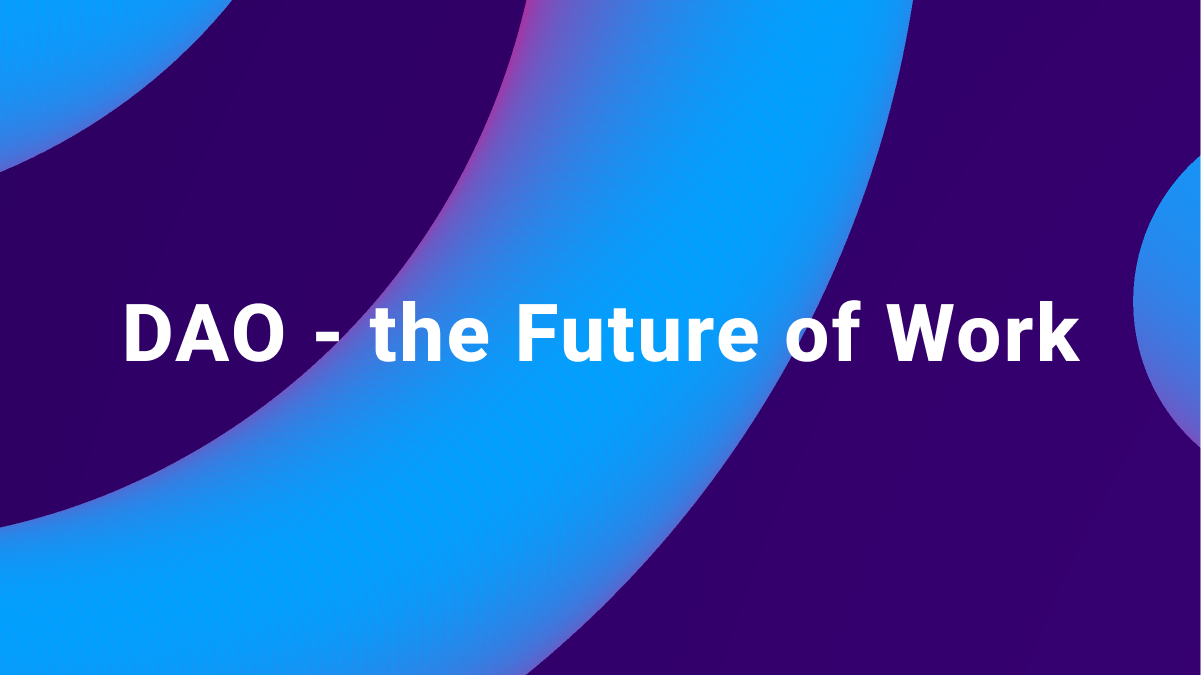 Can you imagine a way to collaborate with people worldwide without knowing who they are, establish your own rules, and make your own decisions all while using Blockchain technology? Well, DAOs are making this a reality.

This will not happen on its own; new decentralized autonomous organizations (DAOs) will be required to coordinate all the recent activity outside of the context of corporate systems.

And the income opportunities accessible in DAOs will be determined by the various forms of contributions that DAOs require. This article provides a framework for comprehending the future of work via DAO.

DAOs are a robust and secure method to collaborate with like-minded people worldwide.

"No one is CEO; rather everyone is CEO in DAOs."

Consider them an internet-native business that their members collectively own and govern. They come with built-in treasuries that no one can access without the group's permission. Proposals and voting are used to make decisions, ensuring that everyone has a say.

How Does a DAO Operate?

The smart contract of a DAO serves as its foundation. The contract establishes the norms of the organization. Only a vote can change the rules after the contract is live on Blockchain.

It will fail if someone tries to change something not covered by the code's rules and reasoning. Because the smart contract also establishes the treasury, no one can use the money without the group's approval.

As a result, DAOs do not require centralized authority. Instead, the group makes collective decisions, and transactions are automatically permitted when votes are passed.

This is possible because smart contracts on Blockchain are tamper-proof once activated. Because everything is public, you can't modify the code (the DAO's rules) arbitrarily without everyone noticing.

Why Do We Need DAOs?

Because they are internet natives, DAOs have significant advantages over traditional organizations. DAOs have a substantial advantage in that they do not require two parties to trust each other.

While a typical organization necessitates a high level of trust in the people behind it, particularly for investors, DAOs need the code to be trusted.

There is no hierarchical structure in such an organization. Nonetheless, it may complete tasks and flourish while being governed by stakeholders through its native token. Since there's no hierarchy, any stakeholder can propose a unique idea that the entire group will consider and improve. Internal conflicts are frequently quickly resolved using the voting system by the pre-written rules in the smart contract.

DAOs let investors pool their funds, allowing them to invest in early-stage enterprises and decentralized initiatives while sharing the risk and any gains that may result.

A DAO isn't all that different from today's corporations and businesses. They can provide both digital and physical goods or services; however, the governance structure can be significantly more decentralized, allowing stakeholders to have meaningful input into the system.

The nuanced differences between a DAO and a traditional organization can be better understood by comparing the two: