Blockchain and the Internet of Things (IoT) are frequently discussed as essential digital transformation technologies. But what about combining the two? Here's how Blockchain and IoT can drive digital changes when combined. 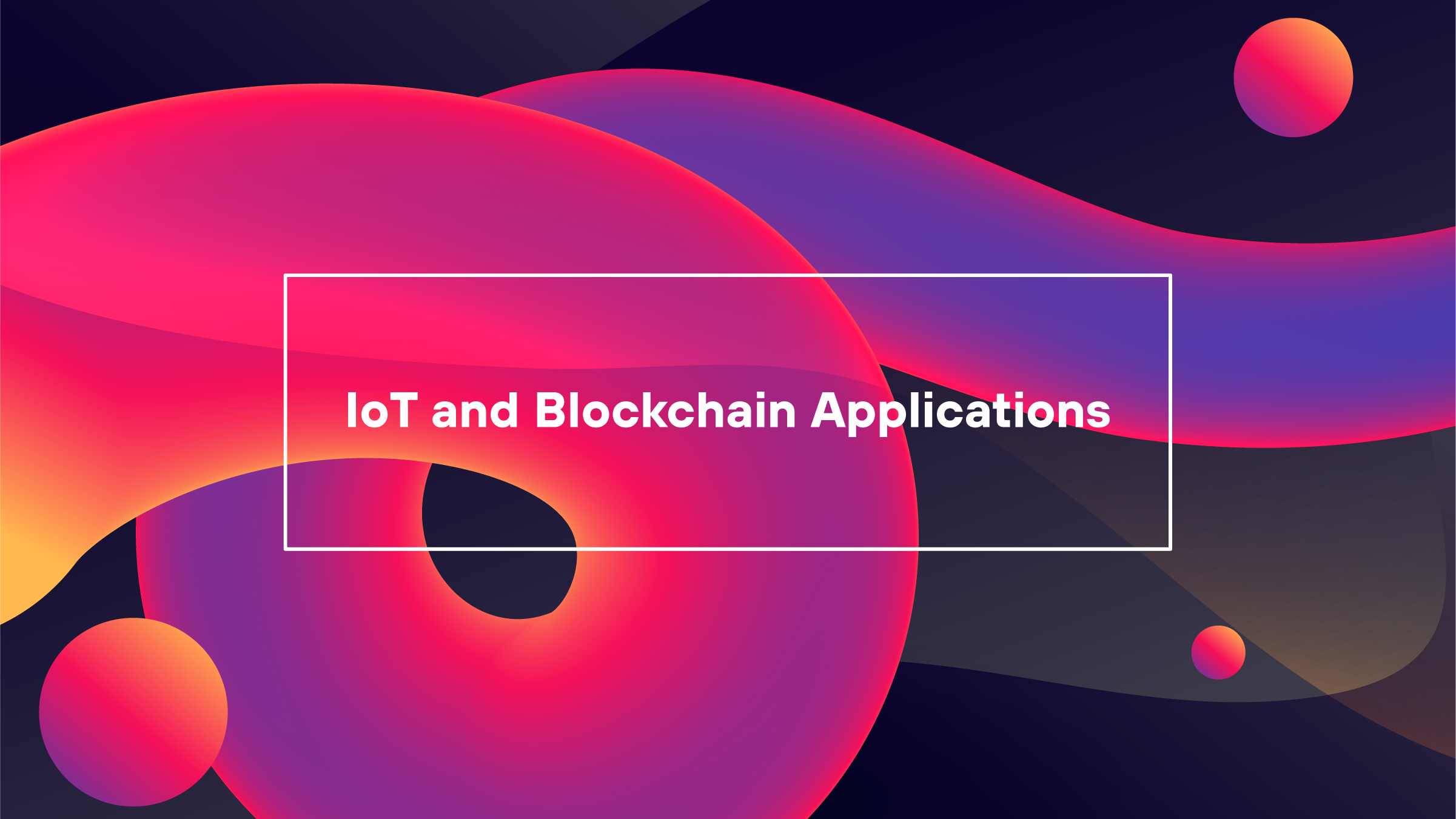 Despite the rise of connected devices, security issues continue to hinder full-scale IoT development and integration. However, blockchain technology has the potential to assist in solving this problem.

According to Zion Market Research, the global Blockchain Internet of Things (IoT) market will be worth $3 billion by 2025. As more firms invest in IoT to connect and exchange data, business executives see the potential of blockchain technology to provide secure information transfer.

Widespread blockchain adoption could come from a variety of sources. Still, it's a safe bet that blockchain-based security will be a core technology if IoT reaches its full potential.

With IoT and Blockchain, we enter a realm of virtually limitless possibilities. Let's take a look.

The fundamental goal of IoT is to connect the physical and digital worlds. Here's the exciting thing: it connects gadgets and connects people to devices. IoT establishes a human-to-machine relationship, with humans reaping the benefits.

Consider how your refrigerator could detect when the light in the refrigerator was out and place an order for a replacement. The Internet of Things (IoT) is the technology that enables this situation.

The cost of networking is proportional to one's ability to build, operate, or disrupt a new market without using a traditional mediator. Reduced reliance on intermediaries, such as financial institutions, can reduce their market power, resulting in cheaper networking costs.

No single party controls the vast volume of data generated by IoT devices. Because of blockchain encryption, it is nearly impossible for anyone to overwrite existing data records. Furthermore, storing IoT data on Blockchain adds another layer of protection to prevent unwanted attackers from obtaining access to the network.

Combining these technologies allows a physical asset to be traced from the time raw materials are mined, for example, and along the supply chain until it reaches the end-user.

Following are some benefits of integrating Blockchain and IoT:

Furthermore, Blockchain provides a layer of security through encryption, eliminating single points of failure and instantly identifying the weakest link in the entire network.

The entire ecosystem may be made more proactive at a lower cost by automating the transaction validation and processing procedures on Blockchain.

The Working of Blockchain Technology for IoT Use Cases

The applications of Blockchain and IoT are heavily reliant on the three fundamental characteristics of blockchain technology in the form of a data structure.

The three essential features of blockchain technology that could assist IoT use cases are as follows:

A basic description of how these three blockchain qualities can be used to improve IoT use cases could validate the viability of Blockchain and IoT initiatives.

To see how these three characteristics could assist IoT, consider surveillance cameras as IoT devices. If a thief wishes to hack a surveillance camera and prevent the crime from being captured, they can now attack the server that controls the database that stores the videos. IoT and Blockchain combined will make this almost impossible.

With Blockchain, data is spread across multiple computers on the network rather than in a single location. As a result, hacking the monitoring system with many target devices is highly challenging. Furthermore, the redundancy of storage provided by Blockchain improves data security and access. How? Users in IoT ecosystems might quickly submit and get desired data from various devices.

The Blockchain and IoT use cases are also visible in scenarios when the burglar claims that video evidence captured by surveillance cameras is fabricated. In such instances, Blockchain's immutability comes to mind. It entails detecting any changes in the recorded data. As a result, the court could validate the burglar's allegation by looking for attempts to alter the data.

Although immutability and distribution protect the integrity of IoT device data on blockchain networks, decentralization may be a significant disadvantage. Decentralization may expose sensitive user data to external parties. However, it is feasible to overcome such adversities. IoT blockchain use cases might include recording access records and permissions as a preferred solution.

Ample data storage can be prohibitively expensive due to the spread and decentralization characteristics of Blockchain. The more advantageous option would be to store data in a central repository in this scenario. Simultaneously, data access logs would be stored on a blockchain network.

Blockchain and IoT use cases

Blockchain enables IoT devices to improve security and transparency in IoT ecosystems. IoT devices, platforms, and apps can benefit from Blockchain's scalable and decentralized environment. Here are a few examples of Blockchain Enterprise use cases that demonstrate how merging IoT and Blockchain may have a significant influence across many industries:

Many stakeholders are involved in a global supply chain network, including:

It makes end-to-end visibility more difficult. The supply chain can potentially span months and include numerous payments and invoices. Delivery delays have become the most challenging difficulty because of the engagement of various stakeholders.

As a result, corporations are attempting to make vehicles IoT-enabled to track movement throughout the transportation process. Due to the lack of transparency and complexity in today's supply chain and logistics, the combination of Blockchain and IoT can improve network stability and traceability.

Precise information regarding the status of shipments can be provided by IoT sensors such as,

The sensor data is subsequently stored in the Blockchain. Once the data is saved on the Blockchain, the stakeholders named in the Smart Contracts have real-time access to the information. Participants in the supply chain can then plan for transshipment and conduct cross-border transactions.

How is the Logistics and Supply Chain Industry being disrupted by "Golden State Foods?"

Golden State Foods (GSF) is a multi-faceted supplier with a reputation for producing and selling food items.

GSF collaborates with IBM to use Blockchain and IoT to improve business processes. Sensor data collected on the Blockchain ensures that faults are immediately rectified and reported before they become severe issues.

GSF uses Blockchain to create a secure, immutable, and visible record that multiple stakeholders can access to improve:

Connecting Industrial IoT solutions in the automobile sector to a decentralized network allows many users to share critical information quickly.

The automotive industry is a fascinating Blockchain and IoT use case, as the combined technology has the potential to disrupt:

What role does NetObjex play in transforming the automotive industry?

NetObjex has shown how Blockchain and IoT may create a smart parking system. The connection streamlines finding a parking spot and automates payments using cryptocurrency wallets.

For real-time car identification and detecting the availability of parking spaces, the company has partnered with a parking sensor start-up called "PNI."

The sharing economy has become a popular idea across the world. Blockchain could aid in the development of decentralized, shared economy applications that generate significant revenue by smoothly exchanging things.

Can you imagine a self-leasing Airbnb apartment? Slock.it is accomplishing this precisely by utilizing Blockchain and IoT.

How is Slock.it reshaping the Sharing Economy industry?

Slock.it employs blockchain technology to facilitate the sharing of IoT-enabled goods or devices.

They intend to create a secure online market of linked items by developing a Universal Sharing Network (USN). With USN, any object may be securely rented, sold, or shared without the need for intermediaries.

Third parties, such as manufacturers, may ship anything to the USN without obtaining authorization. By restricting access to information, smart contracts protect data privacy and transparency.

Smart IoT-enabled devices play an essential role in our daily lives. The IoT blockchain enables the home security system to be handled remotely from a smartphone.

Blockchain has the potential to take smart homes to the next level by:

How is Telstra attempting to improve smart home security?

Telstra, a telecommunication and media business based in Australia, offers smart home solutions. The organization has adopted Blockchain and biometric security to ensure that no one can tamper with the data acquired by smart devices.

To boost security, sensitive user data is maintained on the Blockchain, such as:

Once data is stored on the Blockchain, it can't be modified, and access is restricted to the appropriate person.

The issue of counterfeit drugs in the pharmaceutical business is becoming increasingly severe. The pharmacy industry oversees:

As a result, tracing medicines during their whole path is difficult.

The transparent and traceable feature of blockchain technology can aid in monitoring medicine transportation from origin to supply chain destination.

How can Mediledger revolutionize the pharmacy industry?

Mediledger is a Blockchain and IoT use case that tracks the lawful transfer of ownership of prescription medications. Transparency and traceability are important when it comes to monitoring sensitive healthcare items.

The distributed ledger data is immutable and timestamped, and it is accessible to:

Mediledger is a blockchain-based platform that provides:

For optimal consumer satisfaction, it is critical to generate more food to meet the growing population while:

The combination of Blockchain and IoT can transform the food production business from farm to grocery store to house. Installing IoT sensors in farms and directly uploading data to the Blockchain can improve the food supply chain to a greater extent.

How does Pavo use Blockchain and IoT to transform agriculture?

Pavo is a Blockchain and IoT use case that delivers unrivaled transparency to farmers by offering a new smart farming technique. The data collected by Pavo's IoT hardware device, put on farms, is recorded on the Blockchain.

It enables farmers to improve their farming operations by analyzing the data collected. It also allows distributors, merchants, and consumers to make informed purchasing decisions when purchasing a particular crop or food item.

The Pavo marketplace also allows farmers to pre-sell crops via smart contracts, eliminating the need to wait for payment after harvest.

Blockchain and IoT technology are rapidly expanding their use cases. The technology is ready, inexpensive, and quick. The interoperability of IoT and Blockchain is an essential step towards the widespread use of distributed ledgers as a trustworthy technology. Several industries have already begun to investigate the possible applications of IoT and Blockchain to boost efficiency and automate processes.